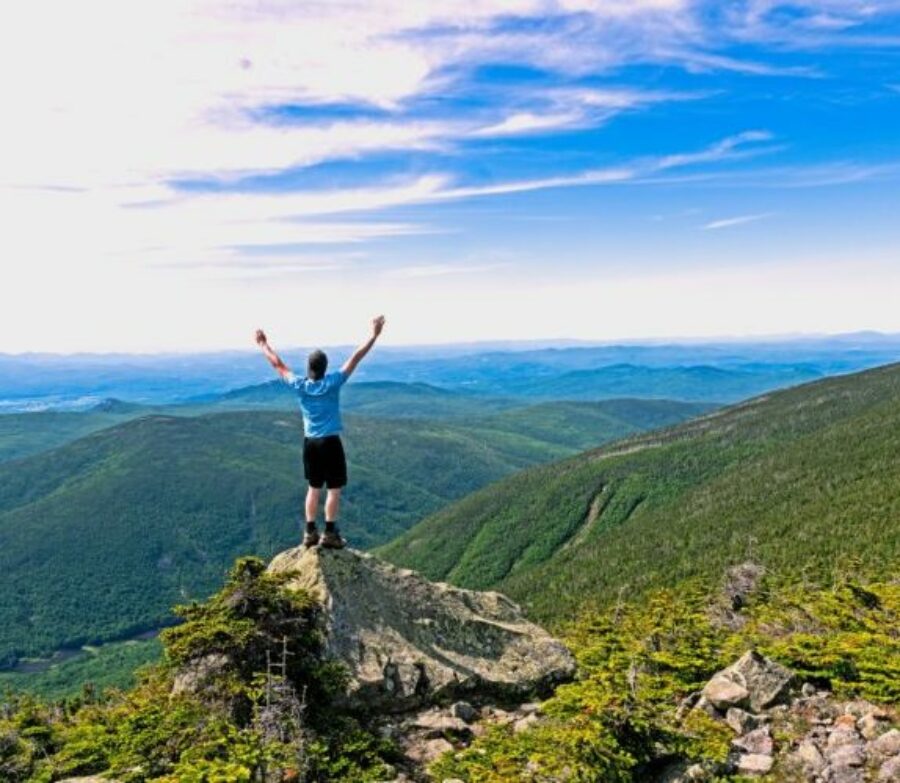 On 29 May, British explorer Edmund Hillary made history by reaching the summit of Mount Everest. Of course, Hillary wasn’t alone on that day. Nepali-Indian Sherpa Tenzing Norgay was an experienced Himalayan mountaineer, and his knowledge of the climb – and descent – was key to the party’s success.

While Hillary may have been the explorer whose mission was to reach the summit, he couldn’t have done it without Tenzing. Indeed, Time magazine named both men in their ‘top 100 most influential people of the 20th century’.

What many people don’t realise is that the descent from the summit of a mountain is often more dangerous than the climb. As American mountaineer Ed Viesturs, who has climbed Mount Everest seven times, says: “Getting to the summit is optional; getting down is mandatory.”

The true value of a Sherpa is often seen in the descent. It’s much the same when it comes to your retirement. If you imagine your pension fund as the summit, it can pay to have a Sherpa by your side as you climb towards the day you finish work – we call this the ‘accumulation’ stage.

However, their true value comes once you retire and you start to drain your savings from their peak – the ‘decumulation’ stage.

Why it’s the descent that’s that hard part

Just 15% of climbers died on the way up or before leaving their final camp.

According to mountain climbing expert Stewart Green, most deaths occur while descending the upper slope, after they’ve reached the summit. It’s in the area above 8,000 metres called the ‘Death Zone.’ The high elevation and corresponding lack of oxygen coupled with extreme temperatures, weather, and some dangerous ice falls, create a greater risk of death than on the ascent.

Thankfully, most climbers avoid the dangers thanks to the Sherpas they hire to help carry gear, install ropes, and break tracks.

Let’s now apply this logic to your retirement. Any financial adviser worth their salt can help you to set up a pension or tell you to contribute to your Defined Benefit (Final Salary) scheme. They might also suggest other investment alternatives to help you boost your retirement fund. They may even tell you to pay your National Insurance contributions so that you qualify for the full State Pension.

This is all the ‘ascent’. Of course, it’s sometimes not easy. You may have to work hard, have a solid plan, and stick to your goals. Any bad weather can blow you off track!

However, any mountain guide worth their salt will tell you that the skills needed to reach the summit are quite different to those for getting back down.

Kami Rita Sherpa knows Mount Everest better than anyone else. He’s summited the world’s tallest peak 24 times, more than any person in history. He says that problems arise when people accidentally push past what their body can support.

Some research suggests that climbers can develop ‘summit fever’ which sees them race to the top to prove they can, even when their bodies are showing signs of giving out.

“When returning, their body is out of energy, and many people die due to this cause,” he said.

Getting down requires discipline, planning, and a careful strategy. This is where a retirement Sherpa – your financial planner – comes into their own.

Just like a mountaineer, they will help you understand the risks associated with both legs of the journey – particularly the descent – and do their best to help you avoid them. Reaching the summit of a mountain is an incredible achievement, but it’s just the halfway point.

Climbing down the mountain used to be easy. You’d finish work on a Friday afternoon, and wake up retired on a Monday morning, probably with an inflation-proofed pension guaranteed for life.

Even if you’d had to save up yourself, you could have taken a lump sum, bought an annuity, and sat back and relaxed knowing your income would roll in every month.

These days, the down slope has all sorts of crevasses and cliffs. For a start, you might not want to start a steep descent straight away Maybe you want to transition into retirement – perhaps working part-time or on a consultancy basis?

Your choices at retirement are also much wider than ever before. Pension Freedoms mean you have a range of options, but with decisions comes complexity. Get it wrong and you risk a sizeable tax bill or, even worse, running out of money in retirement.

Just as the summit of a mountain is the point of maximum risk, so is your retirement.

Taking it slowly with the help of a retirement Sherpa is vital. Indeed, research by Moneyfacts has found that individuals who don’t take advice before drawing down their pension are three times more likely to run out of money compared to those who sought the help of a financial planner.

If you’re approaching your retirement, and you need a professional guide to help you navigate the risky descent ahead, get in touch. Find out how we can be your ‘retirement Sherpa’ – contact us today or call 01372 404417.

A pension is a long-term investment. The fund value may fluctuate and can go down, which would have an impact on the level of pension benefits available. Your pension income could also be affected by the interest rates at the time you take your benefits. The tax implications of pension withdrawals will be based on your individual circumstances, tax legislation and regulation which are subject to change in the future.

One of the most common questions clients ask us is “how much do I need to retire?” According to the most recent government data (2017/18), the average UK retirement income is £304 a week. That’s after you’ve taken away direct taxes and housing costs and works out at around £1,256 net per month. The likelihood

What is the Lifetime Allowance, how does it work, and why might it affect me?

Pensions are one of the most tax-efficient ways to save. From generous tax relief on contributions to the tax-efficient wrapper within which your pot grows, they have long been a popular way to build up a retirement fund. The latest figures show that pension tax relief cost the government almost £40 billion in the current

Back in 2018, insurer Sun Life asked the over-50s what they most wanted to do with their retirement. It won’t surprise you to discover that travel played a large part, with riding a gondola in Venice, experiencing the Northern Lights, and seeing a volcano towards the top of the list. Other bucket list items including

We retain a 5-star rating on VouchedFor, an independent service that enables clients to review their professional advisers. The reviews and testimonials we receive are verified by VouchedFor, so you can be confident that they are authentic. 2018, 2019 & 2020 Top Rated Adviser, as listed in the The Times and Telegraph.

Our former financial adviser was retiring and recommended Ray to us. He alleviated the constant worry of where to best invest our savings without too much risk. We’re very pleased with the results over the last 10 years. He explains things in layman's language, which we appreciate, and gives us the confidence we have made the right choices. What more can people expect?

We had pension policies and investments that needed sorting out ready for retirement. We didn't know what to expect from a financial adviser. We assumed that he would simply advise us where to get the best deals. How wrong we were. Ray took us right back to basics. He made us carefully consider what we really wanted to achieve. He has allowed us to start to really enjoy our retirement.

I needed financial advice about pensions and investments as I approached retirement. My wife was in the same position. Ray Martin worked out a comprehensive plan for putting my pension provision and savings into proper order. He did the same for my wife. He has continued to provide us with advice ever since. Ray is always straightforward, open and proactive.

I was approaching retirement and wanting to look into limiting taxation and Inheritance Tax, as well as providing for my wife. Ray provided sound advice to switch from my current arrangement to a Drawdown Pension and ISA investments. I have now retired and have started seeing the benefits of his advice. The returns on my portfolio have increased beyond expectation. Ray performed extremely well.

I had sold my house and didn't know how to invest the money. Ray invested very wisely and there has been about a 5% increase every year. He listened to our queries, gave answers that we fully understood and followed any requests. He always had time for us, and never rushed us. We would have been financially at a loss without his help.

Ray has been advising my wife and me for about 20 years. He is everything one could hope for in a financial adviser: wonderfully enthusiastic, extremely well informed, completely trustworthy and scrupulously observant of the regulatory requirements. He is able to explain complex matters very clearly, and so far, his advice has always been first class.

I had money to invest and had no idea how to go about investing it and hopefully making a gain. I have three children and wanted advice about inheritance planning. Ray is very patient, very clear when he explains things, he is very interested in me as a person, totally trustworthy and is an excellent listener. We have never been disappointed! He`s been brilliant.

I had just been widowed. Ray sorted out and simplified what was a very complex set of investments into a much less confusing portfolio. I have been extremely happy with everything Ray has advised over the last 12 years. Whilst moving with the times, he has dealt with all aspects of my investments wisely and given me all the guidance and help I have needed.

As the financial director of a company, I was seeking to get advice on how to plan and invest for retirement. Without a doubt, Ray Martin helped me understand and plan how to fund my retirement. Ray has been with me every step of the way. His advice has been invaluable. I retired and achieved my annual income goal. His continued advice is helping me in the next stage of my life.

I needed some advice regarding my late mother’s estate. I had also retired and required advice on how to manage my private pension. Ray was extremely helpful, and his advice was very clear and easy to understand. I came away from our initial meeting feeling very relieved and less stressed. We have just had our first yearly review and I was surprised how well my investments had done.

In the last 10 years, my circumstances have changed with the passage of time. Ray has guided me on how to protect and make my money grow. He listens carefully to my needs and gives clear, concise advice in a professional manner. He and his team are always accessible and patient with my questions and their approach gives me confidence that my finances are securely looked after.

An accountant by trade, Mike knew the value of seeking the help of a financial professional when it came to planning for his eventual retirement. Here’s his story.

Peace of mind in retirement

Oliver and Rosie have found the financial peace of mind they needed to enjoy retirement to the full. Here’s their story.

If you’d like to ask us a question or book a free initial meeting, we’d love to hear from you.

Your details
How can we help?
Review & send